The territory emcompassed by the upper basin of the river Miño, along with its peripheral rim mountainous territory was declared by UNESCO in 2002 as “Biosphere Reserve Terras do Miño”. The Cospeito lagoon is located inside this geographic area, one of the most important water ecosystems of Galicia, which belongs to the “Natura 2000 Network” and forms part of the LIC “Parga-Ladra-Támoga”, one of the most unique water ecosystems of the Atlantic region of the Iberian Peninsula. This natural space was also declared as a “Natural Area under General Protection” by the Ministry of Environment of the Xunta de Galicia .

It is located about 25 km from Lugo, and it’s possibly the wetland best adapted for visitors. It is presented as an ideal shelter for many varieties of birds. It’s fed by the river Guisande from the Támoga whatershed, a tributary of the Miño river. they Irrigate large areas of wetlands that serve as wintering area for many species of migratory birds in winter months and for some as a transit and breeding.

The central Laguna originated due to low permeability clay soils and the flatness of the terrain, which makes small rivers branching out and flooding areas. There were originally 2 lagoons, the largest occupied an area of 57.50 ha. and the smallest 16.25 ha. In the sixties its original appearance was changed by desiccation to allocate land to agricultural production, disappearing large tracts of scrub and greatly diminishing the variety of flora and fauna. In recent times a lot of this protected area was recovered, and nowadays it’s very recovered with the flora and fauna on the rise.

From October to November and February to March, you can see a great amount of wildlife species that travel from northern Europe as the lapwing (Cospeito is one of the few places in Galicia where this species breeds). You can also see the shoveler, who needs shallows to feed, wigeons, mallards, teals, water hens, herons, curlews… It is also possible to see Sison, steppe birds that found here a suitable feeding habitat.

The lagoon and wet meadows are home to a good representation of amphibians such as newts, green frogs of San Antonio, salamanders…

Among the most notable invertebrates around the Laguna are the gasteorópodo Geomalacus maculosos, the lepidopteran Maculinea Alcon, the ditisco and freshwater mussel. In its water between other fish, we may find brown trouts. In the vicinity of the wetland we can see reptiles such as water snakes or mammals such as otters, sea urchins, roe deers, wild boars, squirrels…

There are a variety of plant species in the Cospeito Lagoon. 20% of threatened flora of Galicia can be found in the upper basin of the Miño River. Among macrophytes in aquaculture the presence of a small thistle (Eryngium viviparum) it’s prominent, having on this wetland the best world population of the species.

The tree vegetation consists of small forests of oak, birch, … The willows form defense groups that are very important as nesting sites for various species such as mallards. 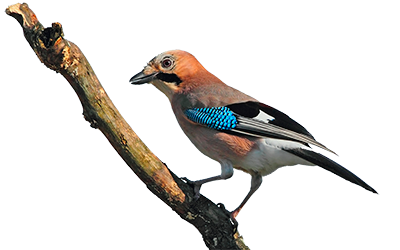