The 9/2001 Law, of August 21st, Nature Conservation (DOG No. 171, of September 4th, 2001), Title I, “About Natural Spaces,” generally defined natural areas that should be considered deserving of special protection, regulating its declaration procedure and provides for a general system of protection, anticipating the possibility of preventive protection schemes. The law considers eight kinds of natural spaces, including within the category of Areas of special protection of natural values, special conservation areas that make up the Natura 2000 network, created under the DC 92/43 / EEC and DC directives 79/409, and not having another form of protection established in this law. The Nature Preservation Law provides in accordance with state law, specific instruments such as environmental management Plans for Natural Resources, Rector Plans of Use and Management and Conservation Plans. The inclusion of Parga-Ladra-Támoga as a candidate for part of the Natura 2000 network, was to protect the integrity of its ecosystems, contributing to the protection, recovery, promotion and dissemination of their cultural values, facilitating knowledge and the enjoyment of citizens, promote social, economic and cultural development for communities in its territory, and contribute to national, European and world heritage a representative sample of different types of lacunar, alluvial and riparian wetlands, along with a large cast hydrophytes and aquatic species. The purpose of this plan is to establish a management model that contributes to achieving the objectives of conservation and management of Natural Parga-Ladra-Támoga space in accordance with the criteria established in the regulations governing the management of natural areas and Biodiversity, community, national and regional level.

The Natural Area Parga-Ladra-Támoga (ES1120003) occupies an area of over 4,900 ha, including in the province of Lugo and distributed among the municipalities of: Abadín, Begonte, Castro de Rei, Cospeito, Friol, Guitiriz, Lugo, Outeiro de Rei, Rábade, Vilalba and Xermade, municipalities which together constitute the area of socio-economic influence of this plan, while from the scope of the analysis and assessment of the components of the physical and biotic affecting the Natural Area Parga-Ladra-Támoga, the Upper Basin of Alto Miño or Miño river has been used as an environmental reference unit. The Natural Area Parga-Ladra-Támoga includes the fluvial sections of a higher hierarchical order present in the middle and lower area of the upper basin of the Miño River, stretching from the rivers by small surfaces shaped by various types of wetlands, cloud forests and landscapes traditional farming. 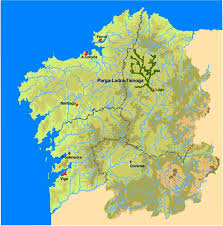 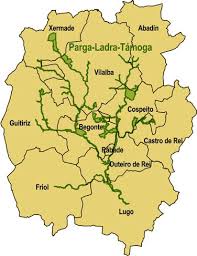 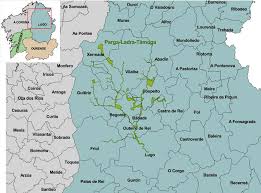