MUNICIPALITY OF A PASTORIZA

Walking through A Terra Chá means an agrarian landscape, full of chestnut, birch, ash and acacia trees, which produce thick shadows and cool the air for the walker, just as the findings of prehistoric times and the existence of numerous “castros” (forts) are the first sample material settlement in the area. Only remains from the Roman and Swabian presence are preserved, except an anthropomorphic stele from Roman times, and other vestiges in As Coras (Reigosa), the “Parish Suevo” being the oldest document, composed between 572 and 589, regarding Christianity in Bretoña. It was during the V and VI centuries, when the inhabitants of the British Isles were forced to leave their homeland before the advance of the invading Anglo-Saxons. Many fugitives took refuge in the Armonica (today Britanny), while another contingent reached the peninsular west, settling in the mountainous area from Ferrol to Asturias. Some of them entered by the sea sickle in Foz and the valley of Masma, surpassing the mountains that bordered the current municipality of A Pastoriza with Mondoñedo, finally settling on a broad plain, which thereafter was known as Britonia. Thus, they settled in a large and sparsely populated territory, building their Monasterium Maxime. The Muslim invasion of the seventh century, which created a high concentration of numerous bishops and hierarchies runaways in Bretoña ultimately caused the destruction of this center and the flight of the surviving population to the North (San Martiño de Mondoñedo and Oviedo, where Alfonso II established thereafter the episcopal headquarters.

In the following centuries, much of Bretoña (current Pastoriza) appears as taxed land by the Mondoñedo council or by Meira and Lourenzá monasteries. Thereafter, the story consists of small and imprecise brushstrokes, insufficient to establish a linear story without gaps. In 1821 it was incorporated as a municipality under the name Vián, and late it 1840 got its current name: A Pastoriza.

From the Lagoa de Fonmiñá the Miño river begins to flow out, so many consider it the place where the river is born. The path PR-G 153 will follow the Miño river from the lagoon to the recreational area of Liboira, through the region of A Terra Chá and within the Biosphere Reserve Terras do Miño. As is typical in the paths of A Terra Chá the route is almost flat. Also here the view is lost in the horizon of agricultural fields; the straight lines and the poplar forests allow us to enjoy a different environment in Galicia. 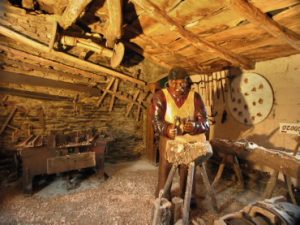 The museum exhibits contextualized themed sculptures, photographs from the s. XIX until today and ethnographic pieces that show the evolution of the various significant professions in the region: clog-maker, baker, carpenter, shoemaker, basket maker, farmer …; monographs

Birth of the Miño River 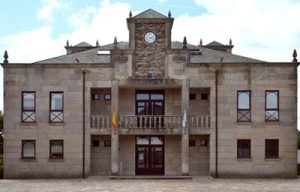