One of the most important elements of the commonwealth, and also the one that sets Outeiro de Rei appart from the rest of municipalities, is that it can  boast of being one of the few Galician municipalities where the population is increasing and now exceeds 5,000 after rising in nearly 600 neighbors over the past decade, this growth manages to reverse the prevailing trend in Galicia and also affects economic and cultural development.

In terms of adventure and nature this concello is a paradise for hikers: it has two municipal routes, Miradoiro da Terra Chá and the Camiño do Miño, the first of them approved by the Xunta. In addition the path of the Diputación de Lugo “As Insuas do Miño” links Outeiro de Rei and Rábade. The suspension bridge in Parada, which allows access to the island of Seivane, with native flora, is another landmark.

Marcelle, with animals from five continents.

Avifauna, with many-colored birds of many latitudes.

In Piago, Outeiro de Rei, the biggest river in Galicia and the Ladra join to form beautiful waterfalls.

SENDERO "AS INSÚAS DO MIÑO

Manuel María’s original house has been turned into a museum where the whole legacy of the poet from Outeiro de Rei is housed, at the same time the headquarters of his Foundation too. It’s conceived as a physical space to house the library, manuscripts, personal belongings or any other event related to Manuel Maria. 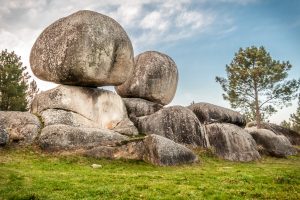 In the parish of Gaioso inside the spacious recreational area of Penas de Rodas, we find two original granitic masses that from their elevated position (619 m.) overlook a panoramic view of the Terra Cha. 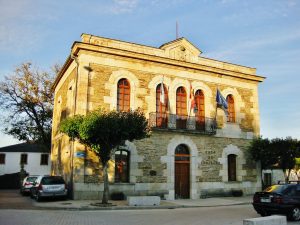