From Gontán to Abadin a steep climb takes us close to the N-634 road, we enter this population through the field of the fair and the school group. We’ve entered A Terra Chá.

On leaving Abadín a track comes right up leads us to Fernandaño, we continue leaving Torre on the side.

We begin a significant decline that leads to Santa María de Abadín and continues crossing the Abadin river, rising then to Ponterroxal along a path with a marked slope, from there, via a track on the rise, we reeach O Rei, and after Plazas, from there we begin again the descent, between tracks and trails, we pass the village of O French and descend to cross the Arnela river, after which we climb up to San Xoan de Castromaior, descend to cross the river Santa Baia and later Leiras to cross the road at the height of Martiñán.

We descend to cross the Batan River and a smooth, continuous ascent through tracks, just before reaching the village of Fontao, and turn right to walk past, heading slowly through quiet paved roads, again, to reach Goiriz, next to the church of Santiago and the chapel of Fatima.

We leave Goiriz following the road until about five hundred meters there is a track to the right that leads us to the parish of As Casas Novas and, in the end, turning to the left, we take a paved road that goes to the Industrial Park Sete Pontes, after several roundabouts we take the road to Vilalba that introduces us through the electrical substation. 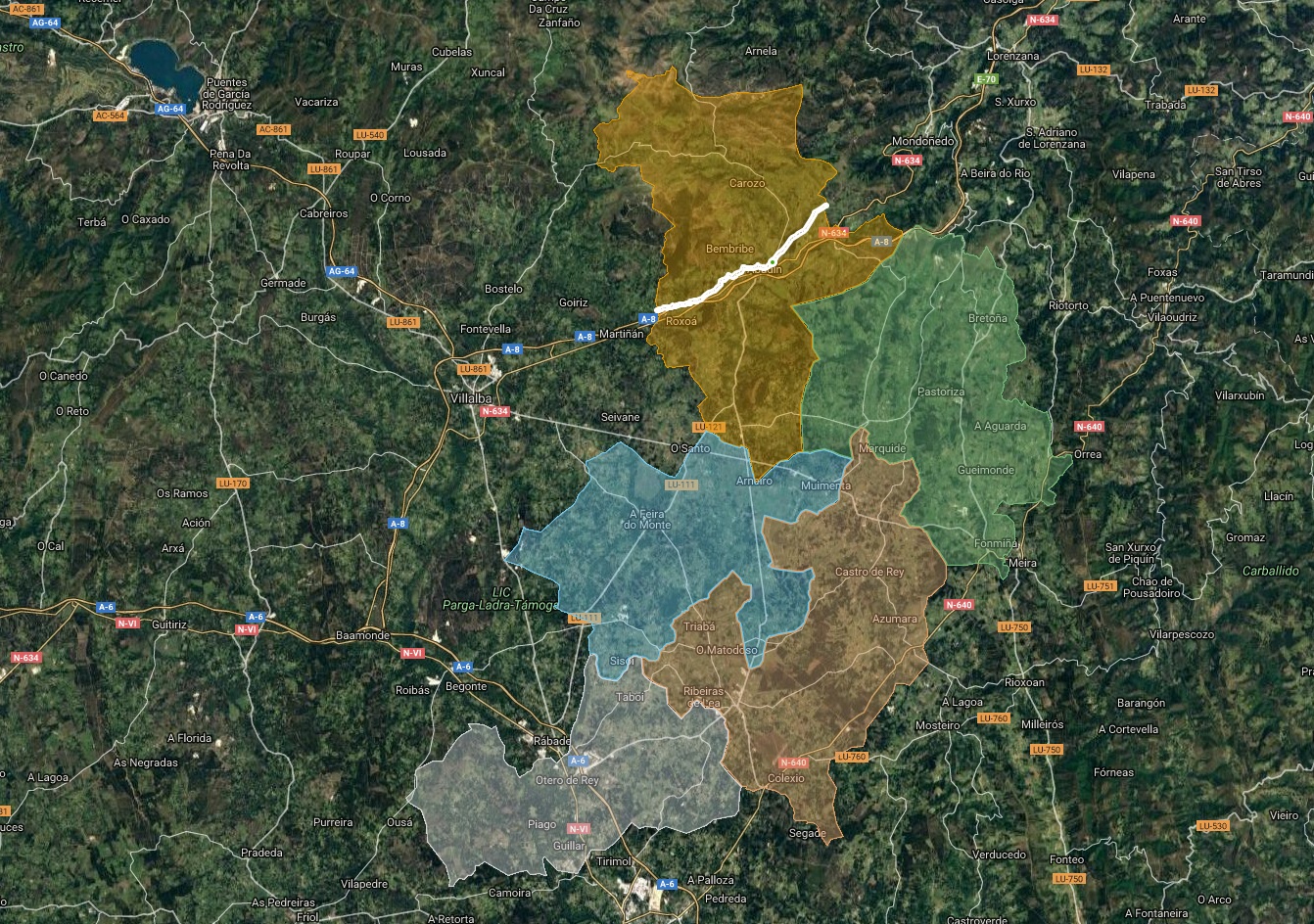